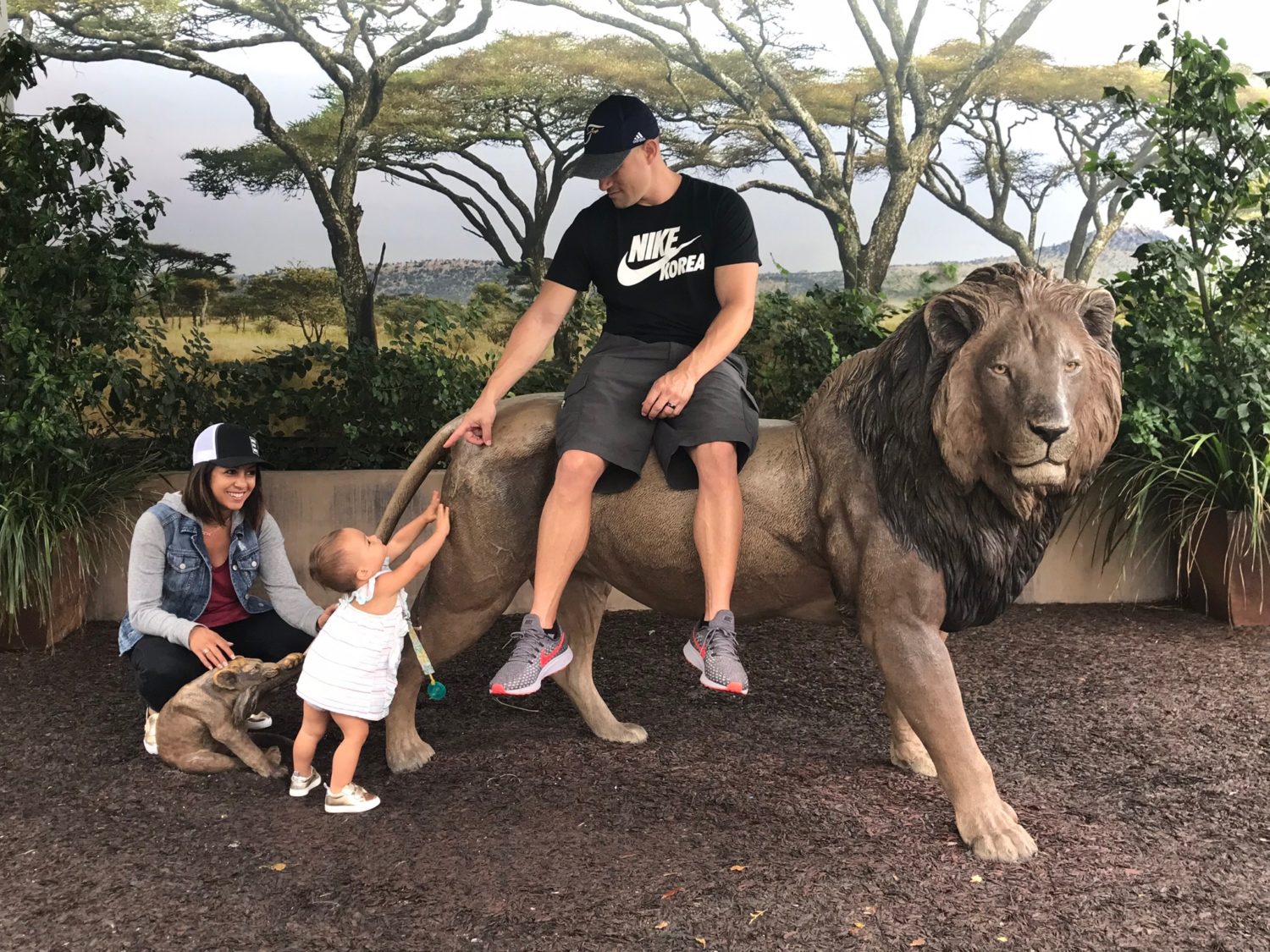 This past year has been incredibly challenging for me personally. I have experienced a tremendous loss all while finding unexplainable joy.

For most of my life, I felt that marriage and parenthood was the ultimate goal. Life as easy as 1-2-3…

Step one: get a career.

But of course life has its own way of making you rethink your plans. A few weeks before my 25th I got married. A short 4 months later, I left the marriage. Filed for divorce and was a “Divorcee” by the time I was 26.

I was back at step one. Dating and having fun. I got into a relationship with a much older man… lets just say he was closer to my parents age then mine. It was not a bad thing whatsoever… He opened my eyes to an entire different way of thinking. No kids. What? Yup, he was a hard no in the kid department. My initial thought was “Sweet, I don’t want kids right now anyways.” I was in my prime and described myself as too selfish to take care of kids.

But as the relationship got more serious, the reality of not having kids was a real conversation. At 26, I knew I was not ready for kids but the truth was I wasn’t even sure I wanted the. So after a few months of dating, we broke up for the big deal breaker, kids. I was in a place where I had no clue whether I wanted them or not, but I at least wanted the option. So we parted ways.

Fast forward, I found my man. We were living the life. Traveling all around the world, enjoying our freedom, got married and manage to convince everyone — that we were NOT having kids anytime soon. Maybe one day… waaaaay down the road but for now we loved our lifestyle. I could literally jump on a plane to New York City within hours of making the plans to go. For real, we did it! And it was amazing! And the reality o having kids, we knew that it would change EVERYTHING.

So for the 7 years plus a year and a half of marriage we knew we weren’t ready to make the jump. Then it happened. Can I just say? When I refused to carry a baby, everyone told me, it’s different when you have one of your own… But no one tells you about when your own sibling has a kid… No one told me that I would INSTANTLY fall in love with a little alien child. I kid you not (no pun intended) my heart absolutely melted the moment I held my niece for the first time. My family will tell you, I was first to hold her every chance I got. We bought her more outfits as a newborn then I’d like to admit. And the reality is, I would do anything for that little stinker.

The moment I met her was the moment when everything changed. I started to think well… what if we had one? How fun would it be for them to play together and grow up together like my cousins and I did. And so within 2 months of meeting Quinn, we made the boldest decision of our lives… get off birth control. Haha

In theory I figured it would take at least of few months for the hormones to get out of my system and my body to get back to whatever “normal” was going to be. This was in June of 2017. By September, my hubby asked me if there was a good day to get pregnant… (Um, everyday is a good day to try, right?) Sorry, mom. lol I’m kidding, but he was obviously referring to my fertile window, you know those couple of days that you’re supposed to go at it like a bunch of bunnies?!?

I remember my response so well because the next few days got me thinking… I had been tracking my cycle, not the fertile window. My handy-dandy app said I was supposed to start my period the day before… so naturally my response was, “well yes, but technically I could be pregnant right now.” He asked me how I knew that and I told him that I was late according to the app, but I had no idea how accurate it was because I had only had two cycles and both were different.

And that was the end of the conversation. Up until that point, I was not even thinking about the fact that I could have been pregnant. But since I had said it out loud, I was now consumed with the idea, what if?

Two days later, the thought was driving me insane. I woke up early drove to the store and picked up a pregnancy test. We were pregnant.

I’ll have to share more about that story another time, I’m way off topic.

Fast forward to 9 weeks prego, we were at the doctor and got news of potential twins… Yup the couple who wasn’t even looking to have one, could now be having twins. The crazy emotions I experienced during that moment went from disbelief and shock to a wtf and calming peace. Yup I said peace.

I believed twins would in some way be easier to prepare for then just having one. Call me crazy, but I was more calm with the idea of 2 then I was with one.

Any who, our doctor wanted us to come in two weeks later because I was only measuring 6 weeks, not 9 weeks like I thought.

We went home and started planning our big reveal to our family. It was late October and we were getting together for my husband’s birthday so we thought it would be the perfect moment to reveal to everyone that we were expecting!

But then life did something that changed my heart forever. Two days before the big announcement, we miscarried. All of the hopes and dreams for what our child or children, smashed. It was heartbreaking. It still hurts even as I write about it almost a year later.

The loss was something so massive and so foreign to me that I truly had no way to deal so I looked for reasons why, I looked for an explanation even though I knew in my heart that there was no reason and nothing I could have done to change it.

But through the loss, I found hope. You see, at the same time that all this was happening, I had been on a journey of exploration into God and the Bible. I wasn’t a believer, but I was super curious. I joined a small group just weeks before to deepen my understanding of who God was and what having faith was all about.

Thankfully, the steps that I had already taken had given me enough hope to know that there was going to be a purpose in the pain. And that was enough. I had surrounded myself with more people outside my family that loved me through the darkness.

I learned that I could trust that people would be there for me even when I was not at my best. I didn’t have to pretend to be anything I wasn’t. And because of that, I continued my journey to learn more. Things didn’t get easier but I knew I wasn’t alone. I started going to therapy and that got me moving even more. I was so thirsty for healing and understanding that every chance I got I asked questions.

Fortunately, my body has no issues “getting” pregnant. Staying preggers is another story.Yup you guessed it, a few weeks later we found out that we had no heartbeat. Since my body had not recognized the loss, we opted for a D&C procedure. The pain of naturally passing is no joke and no one ever talks about it but it is something I wouldn’t wish on anyone.

The loss was painful emotionally but at least this time, I knew it was possible so I was not as devastated but a loss was a loss. And like before, I was searching for the good. I was focused on figuring out what purpose was THIS pain going to serve others. The road to healing was more manageable mostly because on my faith journey I had finally accepted God into my life. I knew He would use this pain for good. And he has.

I once read in a book, “I do wish it hadn’t happened, but I wouldn’t want to go back to who I was before it happened.”

And that is the absolute truth. I’m grateful for my losses. There are plenty of times where I daydream about the what-if’s our babies had been born. But what I think about more is about who the person I’ve become along the hardship. I don’t doubt that I will eventually have kids. I know timing is everything and I can relax in the peace and have complete joy in the unknown.

My hubby and I with our beautiful niece at the Zoo!

We are still in the waiting, looking for answers as to why my body doesn’t want to stay pregnant. I don’t have a clue and that’s a weird place for me to be in. Here’s what I do know… I don’t have to worry about knowing the answers… It’s not my job to know. We’ll cross the bridge when the time comes when we have to make a decision about what our next step in the journey to parenthood will be. Until then, I will continue my faith journey and live my life out loud.