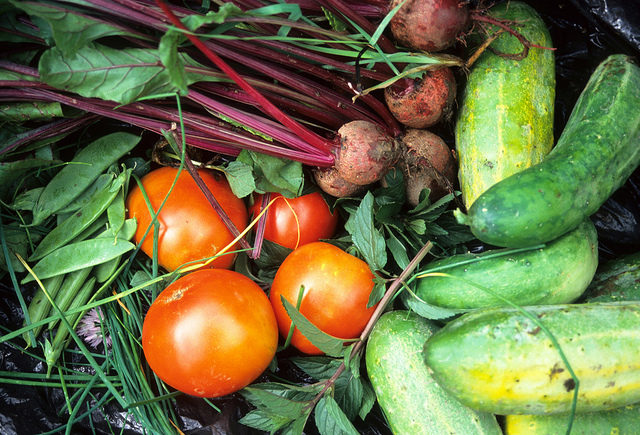 “Oh, no thanks, I’m doing a detox right now.”  It’s a line you’ve probably heard someone (maybe even yourself) say while turning down a piece of cake at a birthday party.  Although it’s been around for thousands of years, “detoxing”, via fasting, liquid diets, or strictly regimented eating, has experienced a somewhat recent resurgence in popularity.  There are those who swear by it, claiming that the process is vital for ridding the body of built up toxins, resetting the digestive system, and renewing mental, physical, and even spiritual clarity.  Yet others argue that detoxes are unnecessary, pointing out that our bodies are naturally detoxing every day, and can even be harmful.  With so many people preaching so many different “truths”, things can get confusing.  So, what’s the deal with detoxing?

First, let’s talk about toxins.  The Nemours Foundation defines a body toxin as “a chemical or poison that is known to have harmful effects on the body.”  Some of the toxins in our bodies come from external sources, such as food additives, pesticides, pollution, and home cleaning and personal care products.  Other toxins originate inside our bodies as byproducts of everyday metabolic processes.  Dr. Mark Hyman writes that we suffer from chronic toxicity, causing us to experience various health symptoms, such as fatigue, difficulty concentrating, constipation, sleep problems (the list goes on), as well as serious diseases, like cancer, Alzheimer’s, heart disease, and more.

Makes sense to want to get rid of these bad guys, right?  Of course.  However, according to Hyman and other detox devotees, modern medicine and science have remained largely ignorant of how important a role toxins and detoxification play in health and disease.  The liver, colon, and kidneys are at work every day, filtering and flushing harmful toxins from our systems, and conventional medicine argues that these natural detoxifying processes null the need for additional detoxing efforts.  Moreover, extreme low-calorie detox plans can be harmful to our bodies, robbing them of essential nutrients and causing the metabolism to slow and go into “starvation mode”; they can also produce other negative side effects, including low blood sugar, fatigue, dizziness, and dehydration.

Hyman and many others, however, disagree with such detox naysayers.  They argue that our natural detoxification systems cannot keep up with the amount of toxins we ingest everyday—it is true that our bodies accumulate and store toxins–and that additional detoxing efforts are necessary to support our overly-taxed organs.  Although conventional scientific studies show that detox diets do not seem to make a difference in eliminating toxins, Patricia Fitzgerald, a nutritionist, argues that “research on…detoxification is not only limited, it can be downright inaccurate, flawed, and/or skewed.”  She also points out that we live in a world full of toxins, and that when it comes down to it, there’s simply a lot that we don’t know.

Maria Romero, a holistic health coach and founder of Kahinos Holistic Health, agrees.  She likens detoxing to cleaning your house: when you’re too busy, cleaning tasks can easily slide down the priority list, leaving your home neglected and in disarray.  “The same thing happens with our bodies”, Romero says—when our organs are expending so much energy on digestion, dealing with toxic food, and fighting inflammation, they simply don’t have the time to substantially detoxify and heal themselves.  Detoxing provides the body a specific period of time to focus its energy on doing just that.

I decided to give detoxing a try for myself.  Under the guidance of Romero (see just what she has to say about detoxing here), I embarked on a five day detox at the beginning of last week.  Romero conducted two pre-detox info conference calls and emailed all participants an explanation of the detox’s guiding principles, as well as a grocery list and suggested recipes.  The plan was to cut out toxic, hard-to-digest foods, while consuming three very light meals a day: liquid smoothies or soups for breakfast and dinner, and a simple, sparse salad at lunch.

For me, the first day of the detox was like a new romance—the experience was novel and I was smitten, quickly dismissing any moments of discomfort.  The second day was not as pleasant: I woke with a dull headache and low energy, and forgot to pack appropriate food for lunch, leaving me a bit woozy and fatigued at work.  By the start of the fourth day, however, I felt much better (never mind that I was fantasizing about all the food I would eat in a few days), but I can’t say I felt much different than I usually do (I should also point out that I typically eat pretty healthily, drink lots of water, and try to avoid processed foods when I can).  That night I left for vacation and chose to stop my detox a day short, making the likely antagonistic choice to consume a bunch of chips and a glass of wine as my first post-detox snack.

So, did my detox make a difference?  Honestly, I’m not quite sure, but I’m willing to bet it did.  After my own experience, and sifting through all of the differing opinions out there, it seems to make sense that we would need to take some extra steps in supporting our bodies’ ability to deal with the many toxins to which they are continually exposed.  At the same time, drastic, starvation-type detoxes logically go against what we know to be healthy for us.  The most important thing is making healthy choices day-to-day that support our bodies’ natural detoxification processes: drink plenty of water, eat lots of whole foods and colorful produce, avoid too much sugar, alcohol, and processed foods, exercise regularly, and don’t smoke.  From there, if you’re interested in further exploring the idea of detoxing, avoid anything that seems extreme or drastic, and check out these smart, informed guidelines from Patricia Fitzgerald and Maria Romero.

What do you think?  Do you have any detox experiences?